Benign Ketosis – Who Benefits the Most on a Ketoge… 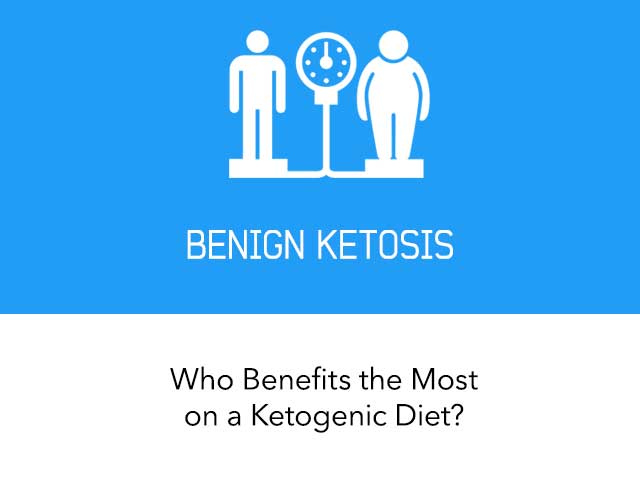 People start following a ketogenic diet many different reasons: to lose weight or manage a health condition – eg by reducing severity of seizures in drug-resistant epilepsy. In this article, we examine the role of insulin sensitivity in our diet and look at how it affects weight loss.

The Ketogenic Diet and Insulin-Resistant Patients

That scene in Shameless when the nurse tells Kev his tumor is benign and he says:

“Oh god no … Wait is that good or bad, I can never remember” hahaha

The authors of this manuscript called their dietary intervention “benign dietary ketosis” (+1), which turned out to be a pretty big understatement given the conclusion:

“All variables for the ketogenic group out-performed those of the exercise and non-exercise groups, with five of the seven [pre-specified endpoints] reaching statistical significance” (Gibas and Gibas, 2017).

Insulin resistance is carbohydrate intolerance which means that more insulin is needed to metabolize carbs. More insulin then leads to an increased fat storage.

In Gibas and Gibas, they selected the right population (obese IR) and kept carbs below 30 grams per day. This was confirmed as ketones continued to increase all the way through week 10.

This demonstrates better-than-average adherence to the dietary advice. Usually the opposite happens whereby participants begin with very low carbs, a large energy deficit, and rapid weight loss (all of which are conducive to deep ketosis), and as the study goes on, carb creep, smaller energy deficit, and slowed weight loss (all of which lower ketones). Cool.

Strengths of the Study

Data presentation was excellent: individual values and averages were reported. This is important because it is visually easy to see inter-individual variability in the responses. Body weight, body fat, BMI, HbA1c, and triglycerides were all significantly reduced in the keto group compared to the exercise and non-exercise groups.

Another strength of this study is that all diets were to be consumed ad libitum – they could eat as much as they wanted, so it more closely reflected what would happen in real life, outside the setting of a clinical study.

Short-comings of the Study

The main short-coming in this manuscript is the lack of information about the diets (foods, macro’s, calories, etc.). However, we don’t expect too much change in the control groups, which was confirmed by the lack of weight loss, and elevated ketones in the keto group confirms good adherence, at least, to the carbohydrate advice.

Another short-coming is the exercise intervention in the third group which I suspect was quite weak as we know exercise is beneficial although no clinical improvements were seen in this group. Exercise alone doesn’t usually result in significant weight loss because energy intake frequently increases or total energy expenditure declines to compensate.

The fact that exercise alone doesn’t result in significant weight loss was demonstrated in the notorious marathon study, wherein previously sedentary participants trained for a marathon for 18 months and eventually ran a marathon – we know they exercised a lot because a marathon is no small feat (Janssen et al., 1989)!

But no weight was lost because no dietary advice was given – they simply instinctively ate more. No major changes in body composition occurred because that isn’t usually observed in the absence of resistance training in this context.

The Ketogenic Diet and Insulin-Sensitive Patients

However, the ketogenic diet isn’t for everyone. It’s suited for obese IR adults (most overweight/obese people are insulin resistant) who are looking to reduce body fat. Contrary to that, some studies (eg, see studies by Ebbeling, Gardner, and Pittas and Cornier) show that populations of obese insulin sensitive patients who appear to respond better to diets lower in fat.

Also, in growing children, who need to gain not lose weight (which is two completely different contexts), it has been shown to have detrimental effects on blood lipids and the liver (eg, de Lima et al., 2017 and Arslan et al., 2016, respectively).

Methods used to determine who is insulin sensitive varies by research groups. For example, Ebbeling and Pittas administered a sugar-sweetened beverage, measured insulin levels 30 minutes later, and the top half was labeled insulin resistant while the lower half was insulin sensitive.

Cornier took fasting insulin and deemed highest 50% resistant and lowest 50% sensitive. In all of these studies, the participants were overweight or obese and the goal was weight loss and improved health.

For obese IR looking to reduce body fat, anti-diabetic medications, and symptoms of Metabolic Syndrome, a low carbohydrate or ketogenic diet is safe and effective.

A low-fat diet seems to be slightly more efficacious in obese insulin sensitive patients, eg, The Hunger-Free Diet(s). Tl;dr: Great health improvements can be seen on a variety of diets by reducing industrial and highly processed foods.

Lastly, some obese insulin resistant people may achieve great success losing weight with a ketogenic diet, but then weight loss stalls. This may be due to increased insulin sensitivity, which means they might need to start watching dietary fat because the context has changed.