A mix of tomato, tamarind, and vinegar create a unique acidic stamp to this sweet and spicy sauce that delivers an excellent robust barbecue flavor. 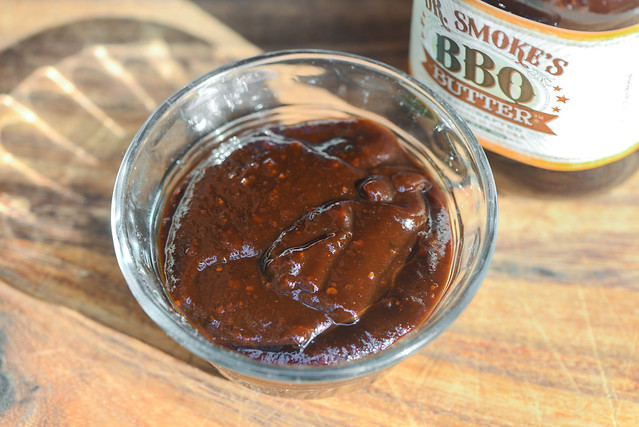 When this barbecue brand was dubbed Dr. Smoke, they weren’t kidding. The man behind the sauce, Bob Humphrey, indeed has a doctorate, albeit not in barbecue, but in higher education administration. He is based out of Olathe, Kansas, and from what I can tell from the sparse information available on this sauce, Dr. Smoke is both the name of his barbecue team and company which includes a catering business and produces two sauces and a rub which are distributed in the Kansas City area and online.

A strong and sweet molasses aroma greats you on first whiff of this sauce. Sitting right behind that sugary base is a deep tomato that has a more acidic, tomato paste-like quality than a sweet ketchup character. Balancing out the sweetness is a medium vinegar tang and a smoky, earthy pepper component that’s smells like chipotle. Also pretty present are garlic and onion, both having stronger aromas here than in the average sauce.

This sauce is dark brown with a slight reddish hue, very thick and textured, and has a slightly glossy sheen. While the sauce is completely opaque, you can still make out some larger white spice specs along with bits of veggies, which I assume are onion and/or garlic. Its consistancy hits close to the top of the thickness scale which has the sauce falling first in one large drip, which is followed by two or three slow, smaller one. Then the sauce stops releasing altogether and a large coating is left clinging to the silverware.

The first taste of this sauce brings on a heavy wave of molasses that persists from start to finish. While the strong sweetness is completely dominant at first, an acidic tomato quickly creates some depth. As the sauce settles a little longer on the tongue, and mix of tart vinegar and tamarind combine to give this sauce a very unique flavor. Then the garlic and onion that give the sauce a lot of texture make themselves known right before an earthy and smoky chipotle component works it way in, ramping up with some solid heat right at the end. This leaves a final sweet, smoky, and spicy aftertaste. 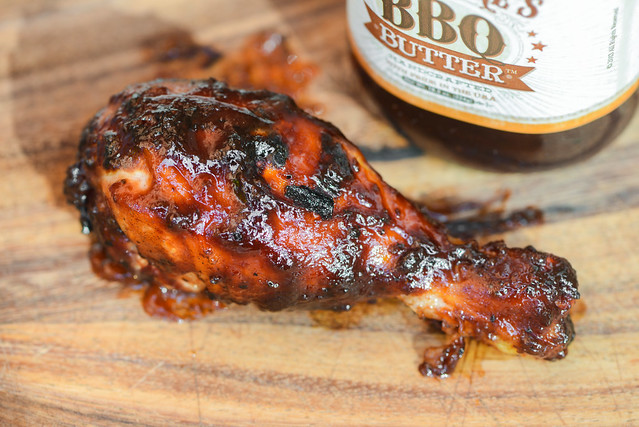 This sauce coated the chicken in a thick and uneven layer. Over indirect heat, some of the sauce baked down well, while some actually burned off. What did stick started to caramelize over indirect heat, then blackened even more over direct heat, but never truly burned. There was a little more burn off over direct heat as well. which lead me to apply one final brushing at the very end. The flavor of the sauce became more balanced after being cooked with a pretty even play between sweet, tangy, and spicy. That unique tartness persisted, and when mixed with the strong molasses and chipotle, created an overall robust flavor, but not one so strong it completely overtook the flavor of the chicken itself. This provided a strong barbecue profile that still played nice with the meat.

There’s a lot going in Dr. Smoke’s BBQ Butter, and almost all in good ways. This is a sauce that chases after that bold barbecue flavor, but does so in a way that tastes great rather than too strong or acrid, as it all too often the case. A strong molasses makes sure the sauce is sweet, but not overtly sugary, and a mix of tomato, tamarind, and vinegar adds a very unique acidity that then gets a boost from a earthy, smoky, and spicy chipotle. It’s a combo that tasted pretty excellent on the chicken, but it’s strong flavor profile would be even better suited for heartier items like ribs, steak, burgers, and brisket. If you’re after a robust barbecue flavor that’s way ahead of most anything you’ll pull of a supermarket shelf, Dr. Smoke’s BBQ Butter is definitely worth a try.