The Ketogenic Diet and Cognition 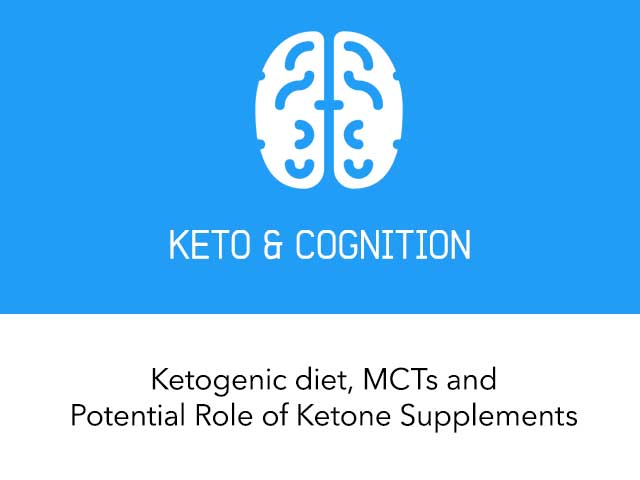 The brain is happy to use ketones as a fuel, although they’re rarely abundant enough. This is where a ketogenic diet, medium-chain triglycerides (MCTs) and/or ketone supplements may play a role. For example, we’ve previously published articles on the potential roles of ketosis in epilepsy, Alzheimer’s disease, and Parkinson’s disease.

This article is intended to expand on those themes and discuss MCTs, ketone supplements, and a couple new studies.

Medium Chain Triglycerides (MCTs), like those found in coconut oil, aren’t metabolized like normal fats. They are absorbed into the liver where they are rapidly metabolized to ketones. Ketones can be used by the brain and may influence neurological processes.

A study on a MCT-supplemented ketogenic diet in a population with mild cognitive impairment was recently published (Taylor et al., 2018). At 70% fat, the diet was already ketogenic, but the added MCTs made it highly ketogenic.

The below graph is basically showing different ways of how they assessed ketones.

In graph (A): each bar is data from an individual participant; the height of the bar is number of days in ketosis; and the color indicates the level of ketones. 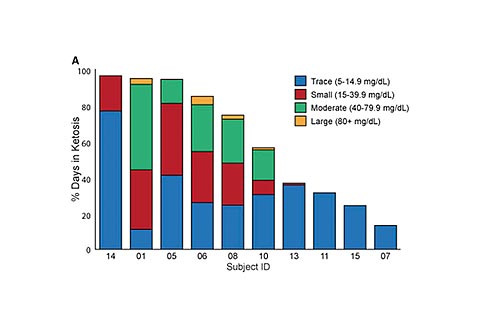 The graph (B) shows average ketone levels over time in individual participants. 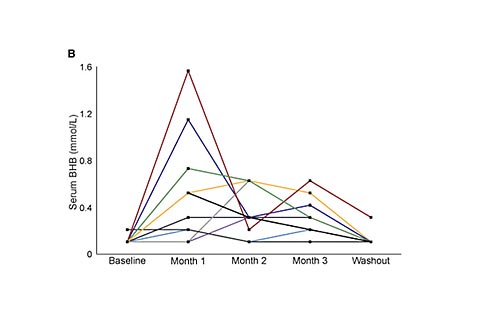 And The graph (B) shows average ketone levels over time in the whole group. 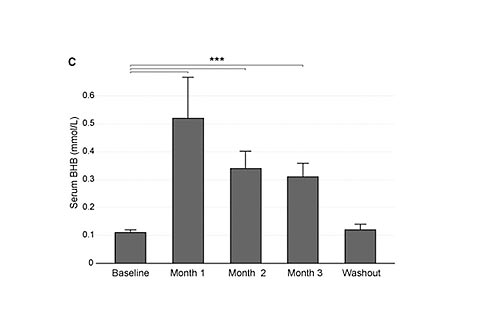 The most interesting finding in this study was a strong improvement in cognition during the intervention which returned to baseline after a month back on their usual diet. Figure below is cognitive function at baseline, after 3 months of the intervention, and after going back to their regular diet. This suggests a direct effect of ketones or something very close to it. 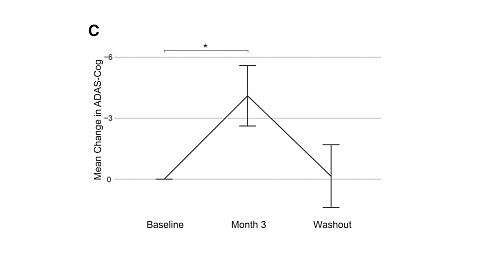 This may be because as cognitive function declines, so does the ability of the brain to use glucose and ketone use parallels their level in the blood (Croteau et al., 2017). Ergo, elevating ketones with MCT-supplemented ketogenic diet improves brain fuel availability.

The Role of Ketone Supplements in Cognition and Performance

This is why I speculate a potentially major use for ketone supplements (see also: Cunnane et al., 2016). As far as physical performance is concerned, ketogenic diet is on par with high carbohydrate diets and ketone supplements have been shown to be not particularly effective.

Ketone supplements only give a transient boost in ketones but I believe their impact on cognition is rapid and goes away as levels decline as evidenced by:

The Ketogenic Diet and Ketone Supplements

Further speculation: I suspect a ketogenic diet alone, with or without MCTs will suffice in mild cognitive impairment but ketone supplements may be necessary in more severe conditions. Especially because, as shown in Taylor’s study, compliance was lowest in patients with the most severe conditions.

If you have a family history of mild cognitive decline or any other neurological conditions (or are experiencing any of these symptoms yourself) a ketogenic diet, MCTs, and possibly certain ketone supplements should be on your radar.